New Year in the Herm

January 14, 2018
Drove up to the old homestead over New Year's to celebrate with Mom and Dad and some of the siblings and their kids. It's been several years since I've celebrated the Holidays with them, so this was a special treat. Thanks to La Nina, the weather cooperated, and the drive was uneventful.

My first stop was LaGrande, Oregon, where one of my sister's and her family live. I took along the Jane Seymour version of "The Scarlet Pimpernel", and we had a fun evening with the nieces, watching movies and making Italian sodas, and in general making sure they were plenty spoiled. 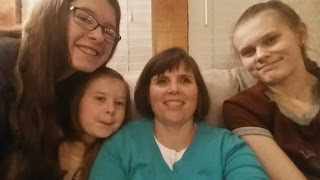 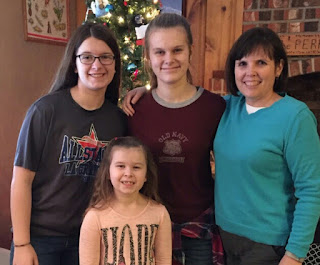 The next day I left LaGrande and drove up to the Herm. The first night was a "Sound of Music" slumber party with 3 more of the nieces. We laughed and sang and ate so much popcorn we were sick. 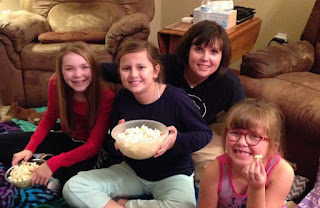 Sunday was New Year's Eve, and after church we gathered with my brother's family for our traditional New Year's Eve snacks. We ate cheesy dip, and chips, and crackers, and little smokies, and in general had a great evening. We also had a rousing game of Phase 10. And by 11:00 PM, I had decided it must be midnight somewhere, and I hauled myself off to bed. 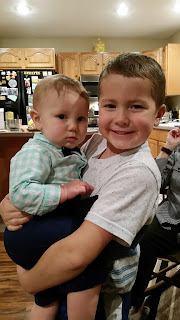 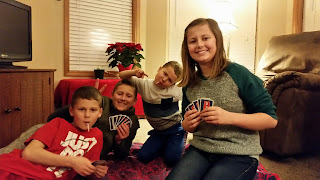 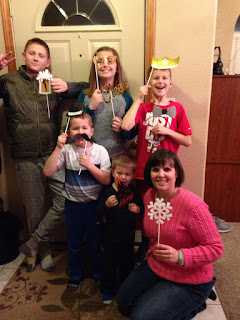 New Year's Day dawned with watching the Tournament of Roses Parade, and getting to use Mom's Instant Pot for my traditional blackeyed peas. I also baked up a skillet of cornbread. And here's my handsome father enjoying some. Not to brag, but it was the best batch I've ever made. 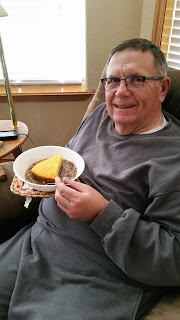 Later in the afternoon, the family all went over to my brother's house for New Year's treats and football games. 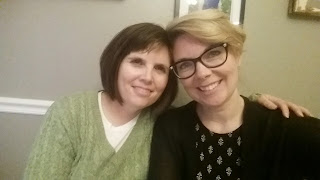 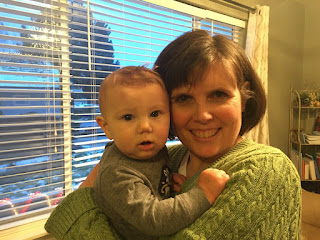 Such a fun New Year's weekend, and special for me to get some quality time with some of the nieces and nephews.

Popular posts from this blog

April 11, 2016
I don't know that I've ever talked about it, but for the last 3 or 4 years, I've followed a diet all my own that I call "Mostly Vegetarian" or "Flexitarian". The idea is that for the most part, I follow a vegetarian lifestyle, with the occasional serving or two of meat when I feel like I need it. A few years ago, I was going through a rough patch. I had gained a few pounds, and my only vegetable intake was in the form of salsa or V8. So one January as I was trying to identify some goals for the year, I decided to eat 2-3 servings of vegetables a day, and I would start strength training. I started working on those two things, and an unanticipated result was that weight started to come off. I ended up losing about 15 pounds, and I found that I enjoyed vegetables so much (who knew?) that I started eating more of them. And the more vegetables I ate, the less meat I ate. Over the years, I've felt so good for the most part that I've stuck with it.
Post a Comment
Read more

January 27, 2019
If you've been watching Netflix much lately, you've probably seen the new series "Tidying Up", with Marie Kondo. She's an expert in cleaning, tidying, and storing stuff, and her method is quite inspiring. I enjoyed the show so much that I ordered her book "The Life-Changing Magic of Tidying Up", and spent several days trying to get my house more in order. Not that I'm a hoarder - I have a basically tidy home. But the Kon-mari method teaches you to look at your belongings and ask yourself if each particular belonging brings you joy. If it doesn't, it's time for it to move on. I went through all my clothes first, followed by my books and DVD's, followed by the office, followed by the kitchen and laundry room. Whatever didn't bring me joy or a happy memory went into the pile. And when all was said and done, I ended up taking an entire car full of stuff to the local Deseret Industries, to hopefully be re-purposed for someone else to find
Post a Comment
Read more

The Heart and a Willing Mind

January 27, 2019
There's been a new show on PBS recently called "Equus: The Story of the Horse". In it, the host takes us through the history of the Horse in many different cultures and locations. One of which was a visit to a "Horse Whisperer" fellow, who specializes in breaking and training horses. He describes his method as less about breaking the horse's spirit, and more about making a connection with the horse's mind. It's a much gentler method, that helps the horse get to the point that it chooses to do the thing it is being asked to do, because of its connection with the trainer. This got me to thinking about the concept of "having a broken heart and a contrite spirit". I guess previously, I'd thought of this concept mostly as the breaking of a spirit. Say if you're watching an old movie western, and the cowboys jump on the back of the horse, and ride it until gives in and just stops bucking. But this comment had me thinking about it differ
Post a Comment
Read more

Tracie
Salt Lake City, Utah, United States
I like to think of myself as a "Modern LDS Gal". I'm a Blogger, a Business Analyst, an Amateur Genealogist, a Dodger Fan, the World's Best Aunt...and I'm a member of the Church of Jesus Christ of Latter-day Saints.